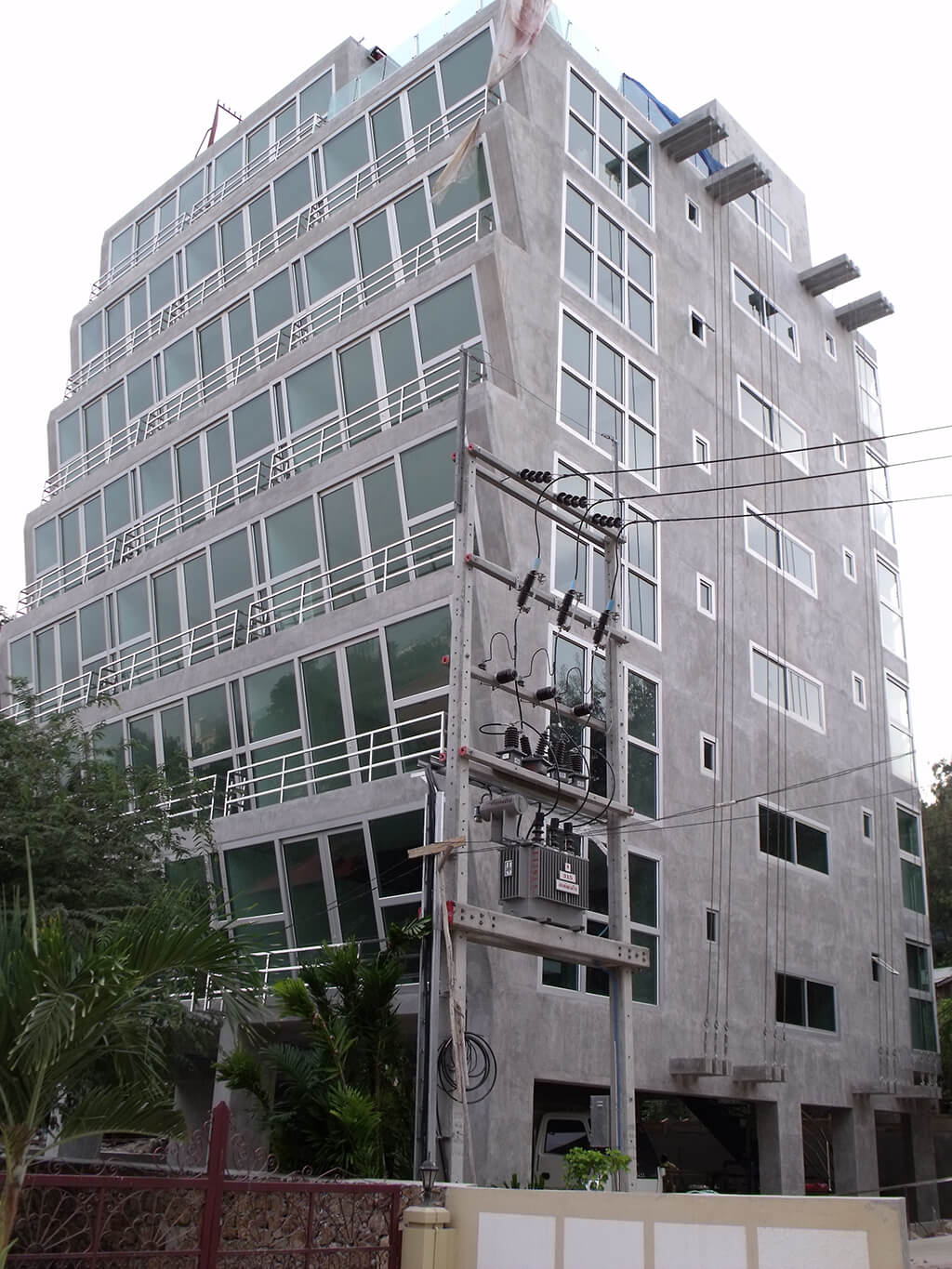 From master plan to the final structure

Mario Kleff created the entire project Park Royal 1 including concept, master plan and final design of the structure and interiors. Due to its location and narrow street, Park Royal 1 condominium was planned as a 6-storey structure. Mario Kleff provided Heights Holdings Co Ltd an architectural design that enabled 8 floors.

A prime location for the first in the Park Royal Series

Mario Kleff, who is also designer and architect of Park Royal 2 and Park Royal 3, worked closely with Haim Bar-David, CEO von Heights Holdings, to create a number of affortable 8-storey condominium developments in prime locations on Phra Tamnak Hill. Haim Bar-David and Mario Kleff explored the possibilities that were best suited for the upcoming projects.

Park Royal 1 was initially planned as an exposed concrete structure with a step pattern and large window panes. For financial reasons and a reduced project budget, the outer and inner walls were finally built with white blocks and sealed with concrete plaster. >>> Park Royal 1 in 2012


This page contains information about Park Royal 1 condominium, an architectural design created by Mario Kleff and Wandeegroup. If you cannot find an answer to your question, make sure to contact us. Email: info@wandeegroup.com or use our on-site messenger.

Who is the architect of Park Royal 1?

Mario Kleff is the architect of Park Royal 1. But he is also the designer and creator of the project, which is a development of Heights Holdings Co Ltd.

When was Park Royal 1 created?

When was Park Royal 1 completed?


All statements displayed are genuine information and can be confirmed upon request.